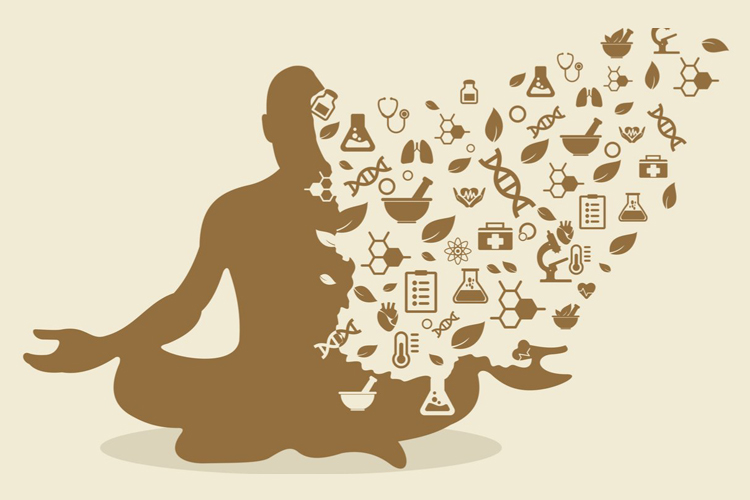 Ayurveda is one of the most ancient and traditional system of medicine. As ayurveda used to deal with the life cycle of human being which describes about the art of living. It is a combination of senses, mind, body, soul which gives a comprehensive knowledge about spiritual, mental and social health. It is an alternative and complementary therapy in the process of healing menta health issues.

Ayurvedic psychotherapy would play a dual role; first, as a revival of authentic medical culture, the exercise of practices with an assumed primordial dimension, and second as a discovery of authentic subjectivity, the revelation of a self with an assumed interior depth. When we integrate the contemporary art of psychotherapy with the ancient science of ayurveda it becomes a powerful combination that is called psychoveda.(January,2013,Prakash B.Behera,Anweshak Das, and Aniruddh P. Behere) The integration of psycho and veda is motivated by the complete integration of the immense but fairly contemporary view of the mind, emotions and psyche and how this performs in our lives.  It helps us to rediscover the critical knowledge and awareness of the natural forces and rhythms that compliment and strengthen our human experience.

Ayurveda  though  one of the oldest and traditional way of healing mental health often is overseen by the common mass. The acceptance of mental health is still not prevalent loud and clear among folks where hesitation builds its nest stronger. And when it comes to approaching ayurvedic treatment of the same it  stands  far behind.  Being such an effective mental health healing process the importance of ayurvedic treatment is need of utmost awareness. Besides, there is found much debate on mental illness has centered on different way which has been considered as a positive impact on dealing with various mental health care practices.